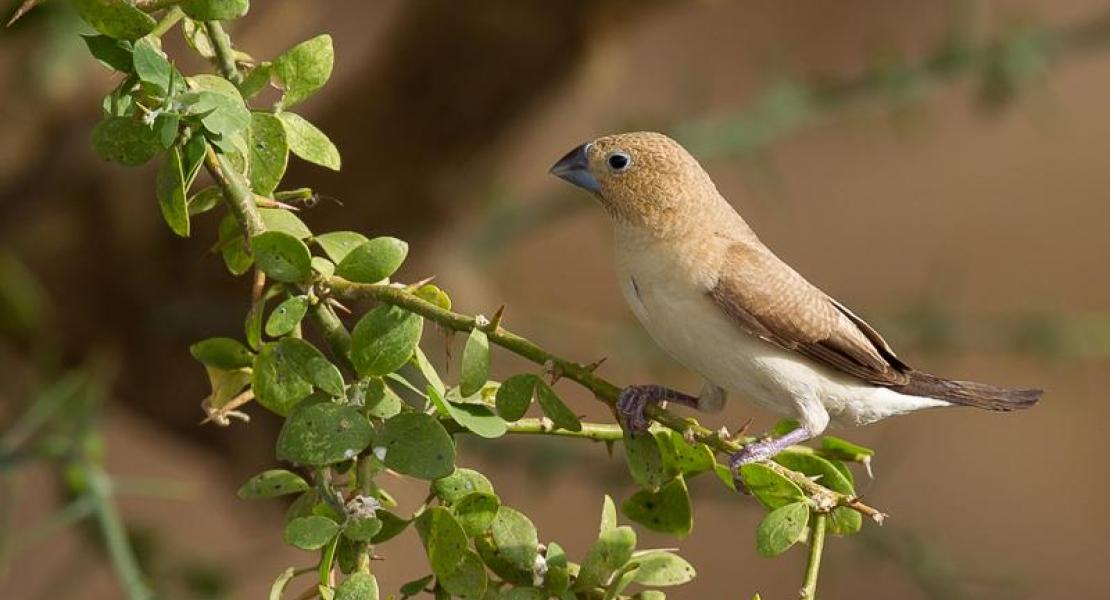 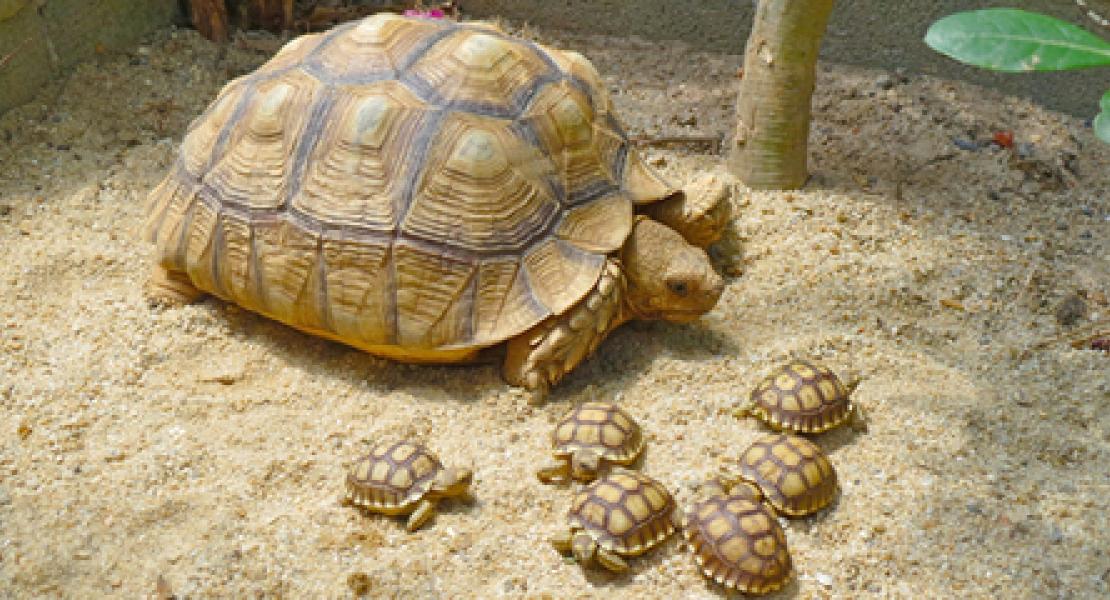 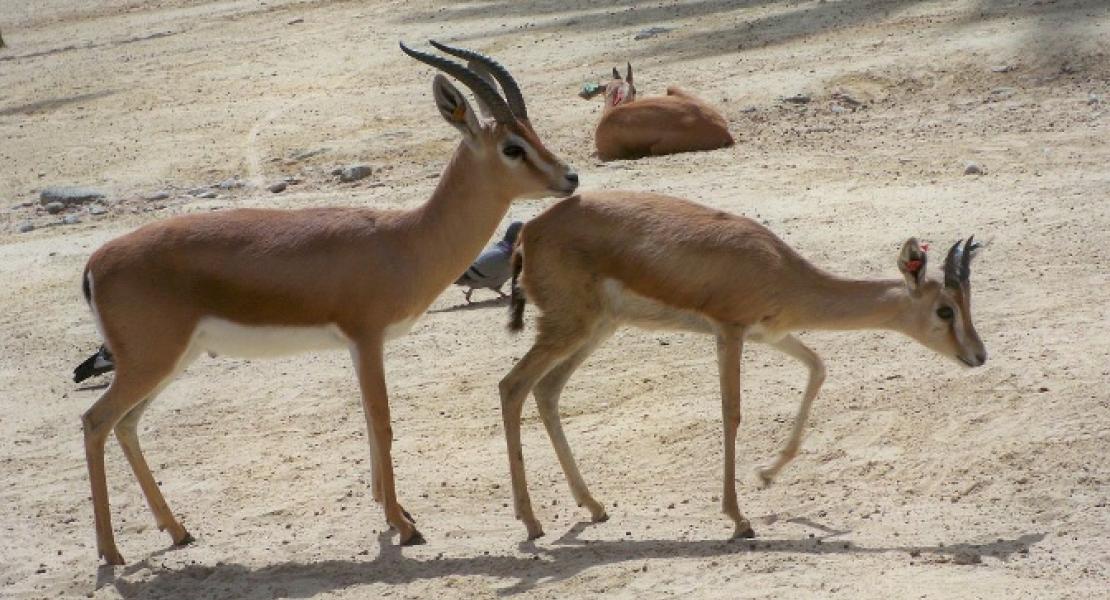 In Senegal, the length of the Great Green Wall route is 545 km for an area of 817 500 ha. The area of intervention is dominated by pastoral activity with extensive breeding and agricultural activity. The intervention zone covers three administrative regions (Tambacounda, Matam and Louga), five departments and 16 municipalities.

The operational activities of the GGW have been carried out since 2008 and are mainly focused on the restoration and development of agroforestry initiatives. In Senegal, activities under the GGW intervention zone aims to create enabling conditions to restore the foundations of food and energy security and maintain biodiversity while creating green job

Other results in Senegal Include:

Provision of Green Energy to Households: Biodigesters to Fight Deforestation in Ferlo Community

Energy requirement by the household for cooking, heating and lighting is the main cause for deforestation in Africa. It is estimated that over 60 to 70% of Africans South of the Sahara still depends entirely on biomass for energy, thus the cutting of trees and vegetation. In order to curb deforestation, a green energy project was developed for some communities in Senegal.

With the financial support of the European Union, 20 biodigesters for domestic use were installed in 5 communes of the silvo-pastoral zone, within the framework of the project FLEUVE. This program implemented in the Great Green Wall intervention zone is coordinated by the GM Global Mechanism of the United Nations Convention to Combat Desertification. It was executed by EndaEnergie with the support of agents of the National Agency of the Great Green Wall. This program has enabled 20 households to have access to cleaner and more efficient energy in the municipalities of Syer, Mboula, Tessekere, Labgar and LougreThioly.

For a good implementation of this program which is in its test phase, a rigorous survey was made on the basis of criteria which revolved around the size of the household, the number of cows, the family space, the availability of water and a kitchen on hard ground.

These biodigesters, built in partnership with NdongoGueye’s OREX firm, can last 20 years if properly maintained and contribute to the preservation of the environment and the fight against deforestation. 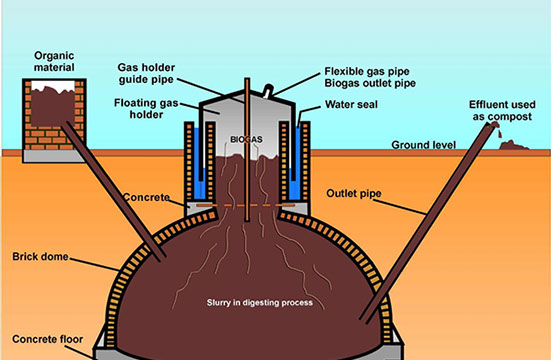 Besides the reception upon delivery, their mode of operation was explained to the beneficiaries through theoretical and practical training in the localities concerned. Beneficiary households, who often traveled more than five km to find dead wood, have appreciated the saving of time and the improvement of their health conditions since the start of their new clean cooking equipment. In addition to energy supply, the biodigester will significantly increase the quality and quantity of crops through the production of organic fertilizer.

An 18 m3 biodigester produces about 92,000 kilograms (kg) of composted organic fertilizer per year. Marketed in 50 kg bag it is sold at 3000 f, this fertilizer can generate 5 520 000 FCFA each year. This same biodigester, which needs 18 cows for its filling, produces at least 5 m3 of gas per day, or 12 hours of cooking. The implementation of biodigesters has also enabled the training of local technicians and plumbers in the beneficiary communities to learn a new skill to ensure maintenance of the systems in situ, thus ensuring sustainability and cutting costs.

The Community Nature Reserves Project has defended an area of over 400 ha for more than three years to restore the flora and fauna and reinstate the once flourishing wildlife habitats. Three years from the initiation of the protected areas, the herbaceous carpet has been restored and communities are organizing for mowing. This improved grass cover allows communities to mow forage for livestock. Natural regeneration has returned and the rate of woody cover is very appreciable.

The arboreal stratum is composed of 95% for only two species: Acacia raddiana and Balanites aegypticaca, but Acacia senegal, and Leptadenia hastate are returning.

The protected/reserve areas have witnessed a surge in wildlife including the jackal, a population of red monkey, as well as traces of ratel, genet, wild cats and abundant rodents. Among the bird species are: Euodice cantans, Upupaepops senegalensis, Streptopelia decipiens, Cercotrichas podobe, etc. The surroundings of the reserve, near the pond, attract more species of birds.

(i) Restoration of Degraded Lands

The Sahel region is a natural habitat for this tortoise and it plays an important role in soil fertilization and formation through burrowing, mulching, and enriching the soil with its wastes.

To ensure sustainability of the project, biometrics of the specimens were performed with the help of a standard aluminum measuring board for measurements and a Spring weighing scale. A direct physical examination of each specimen was performed by a veterinarian specialized in tropical animal pathology before reintroduction into the wild. Each turtle is identified by the technique of standardized combinations of notches at the level of marginal plates (Stubbs et al. 1984). Over 20 juvenile turtles were introduced in the area.

Enhancement of Biodiversity Conservation through Species Re-introduction in Senegal

Biodiversity conservation is one of the key areas that is targeted by the GGWI, keeping to its strategy of enhancing the implementation of the Rio Conventions (UNCCD, UNCBD and UNFCCC) in Member states.

The loss of habitat due to unsustainable utilization of the natural resources greatly reduces bio-diversity in the drylands of Africa, according to a recent assessment by the Intergovernmental Science-Policy Platform on Biodiversity and Ecosystem Services (IPBES). By not taking urgent action to reverse this harmful trend can undermine the attainment of the sustainable development goals in the drylands of Africa. In order to curb unsustainable exploitation and provide alternative livelihood source, the GGWI engaged biodiversity conservation through the re-introduction of hitherto iconic species that had disappeared due to land degradation. This is the case of the Actions Against Desertification project under the GGWI, implemented by AUC- FAO and other Partners.

In Senegal, the community natural reserve project was initiated as part of the Great Green Wall program at Mboula commune. FAO, through the Action Against Desertification project, bolstered this process of setting up the Community Nature Reserves with a goal of reintroduction of wildlife. The target species are Dorcas gazelles, damamhorr gazelles, scimitar-horned oryx and tortoises. The conservation and sustainable management of biodiversity (natural habitats, flora and fauna) is an essential element in preventing and combating desertification and land degradation.

The Koyli-Alpha Community Nature Reserve (RNC) was designed to meet this goal. The re- introduction of the animal species will not only enhance the biodiversity of the region, but also boost the Ecotourism in the region thus create jobs, and provide much needed income. Ecotourism development potential has been put in place while improving the state of natural resources. Strategies and action plans for their sustainable management by the local populations can thus be generated.