Since 2005 and following the request of the then UK Prime Minister and President of the G8, Tony Blair, GLOBE was asked to bring together legislators from all major political parties within the parliaments of the G8, and other countries. This began a new phase of GLOBE’s development and expansion into Africa and sequel to the approval letter of the Senate President and Chairman of the National Assembly, His Excellency, Senator (Dr.) A.B. David Mark GCON dated November 8, 2012, to set-up a GLOBE chapter in Nigeria as an affiliate of GLOBE and World Summit of Legislators, GLOBE Nigeria was formed on 12th February, 2013, under the pioneer leadership of His Excellency, Senator Dr. Abubakar Bukola Saraki CON.

Nigeria was the third African country, and first West African country to join GLOBE. Therefore, GLOBE Nigeria is standing side-by-side with legislators of other countries in recognizing and contributing to the central roles of legislators worldwide with the following key objectives:

a) International parliamentary diplomacy on environment and sustainable development issues.

b) International cooperation on lawmaking for a balanced environment and the sustainable development of Nigeria.

c) Cooperation between the Executive and Legislative arms of government on environmental and sustainable development issues.

GLOBE Nigeria is aimed at bringing legislators in Nigeria to join our counterparts across the world, to agree and advance common legislative responses to major global environmental and sustainable development challenges facing our time. Membership at the end of the 7th National Assembly was 50 legislators (30 Senators and 20 House of Representatives members), while membership in the 8th National Assembly had 32 Legislators (14 Senators and 18 House of Representatives members) representing all political parties of Nigeria. Also non-returning Legislators who were once GLOBE Nigeria members have an unlimited privilege of contributing to the growth and development of the group.

On the 20th of November, 2019, GLOBE members for the 9th Nigerian National Assembly were inaugurated. His Excellency Rt. Hon. Femi Gbajabiamila announced his adhesion to GLOBE Nigeria at the inauguration ceremony.

b) Inclusion of a chapter on Nigeria in the fourth edition of the GLOBE Climate Legislation Study which is a review of climate change legislation in 66 countries. This edition was launched at the US Congress in Washington, DC in February 2013 with a mobile app developed on Apple and Android platforms.

c) Inclusion of a chapter on Nigeria in the fifth edition of the GLOBE Climate Legislation Study which is a review of climate change legislation in over 100 countries. This edition was launched at COP20 in Peru, in December 2014.

d) Setting up of a Twitter handle and a Facebook page as knowledge hubs and awareness creation media.

e) Participated in the "2nd World Summit of Legislators" which held at the main chamber of the Congress of Mexico from 6th to 8th of June 2014.

f) Participated in the 2015 climate change Parliamentary meetings of COP21 at the National Assembly of France in Paris.

g) GLOBE Nigeria was reconvened in the 8th National Assembly on 24th November 2016 with the emergence of His Excellency, Senator (Dr.) Bukar Abba Ibrahim as President and Honourable Samuel Onuigbo as Vice President. The duo were both Chairmen, Committee on Climate Change at both chambers of the National Assembly. 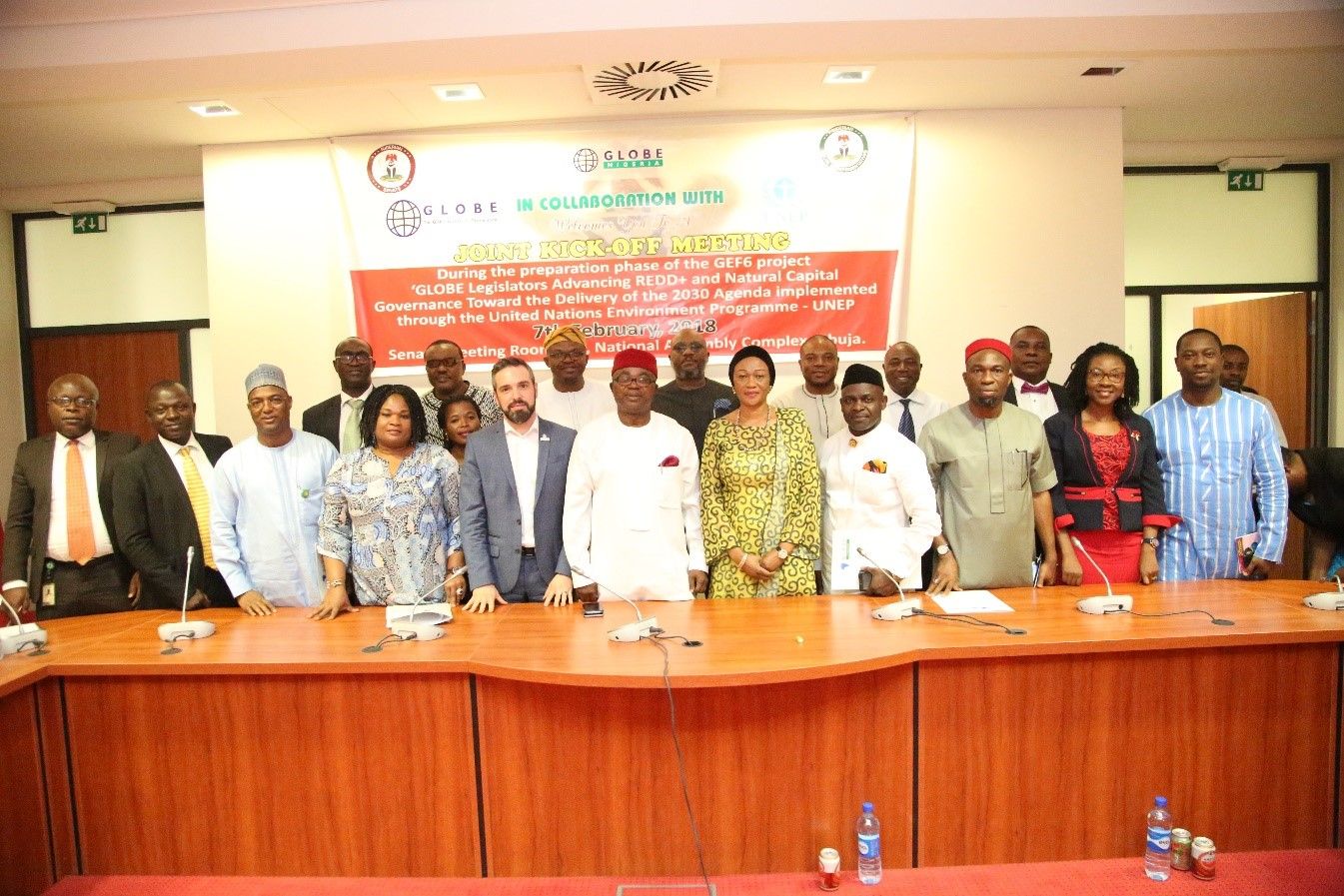 h) Developed a GLOBE-UNEP-GEF multi-country project (Nigeria, Senegal and DRC) through a series of Stakeholders Consultative Workshops in 2017 and 2018 on "Advancing REDD+ and Natural Capital Legislation" for the achievement of United Nations Sustainable Development Goals by 2030.

i) Collaborated with Konrad Adeneaur Stiftung (KAS) in November 2018 to host "Lake Chad Summit" bringing policy makers, academics and lawmakers to discuss the way forward for effective legislation to combat desertification and climate change in the Lake Chad Region.

k) GLOBE Nigeria was reconvened in the 9th National Assembly on 20th November 2019 with the launching of the GLOBE-UNEP-GEF multi-country project (Nigeria, Senegal and DRC) on "Advancing REDD+ and Natural Capital Legislation" for achievement of United Nations sustainable Development Goals by 2030.

l) In 2019, a member of GLOBE Nigeria, Rep. Samuel Ifeanyi Onuigbo was elected the Vice President Africa of GLOBE International. 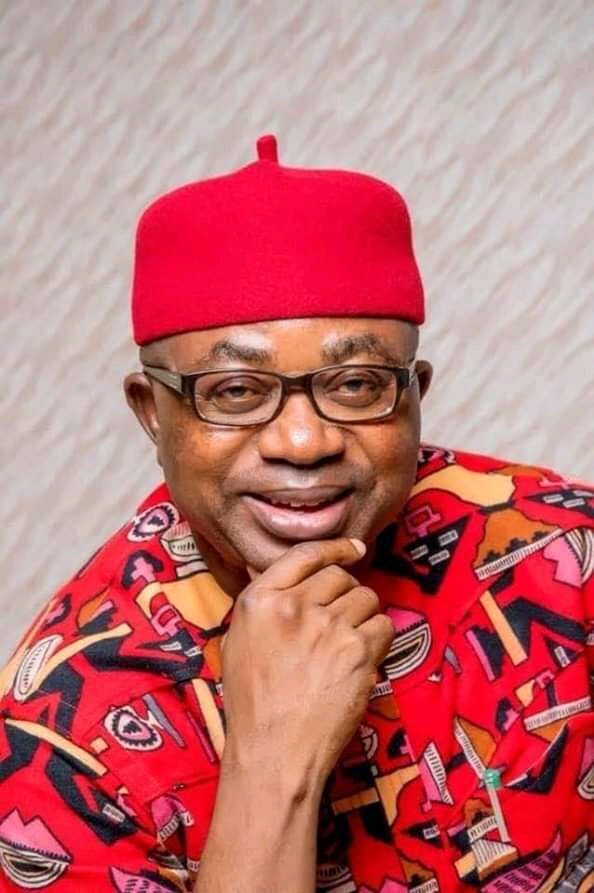