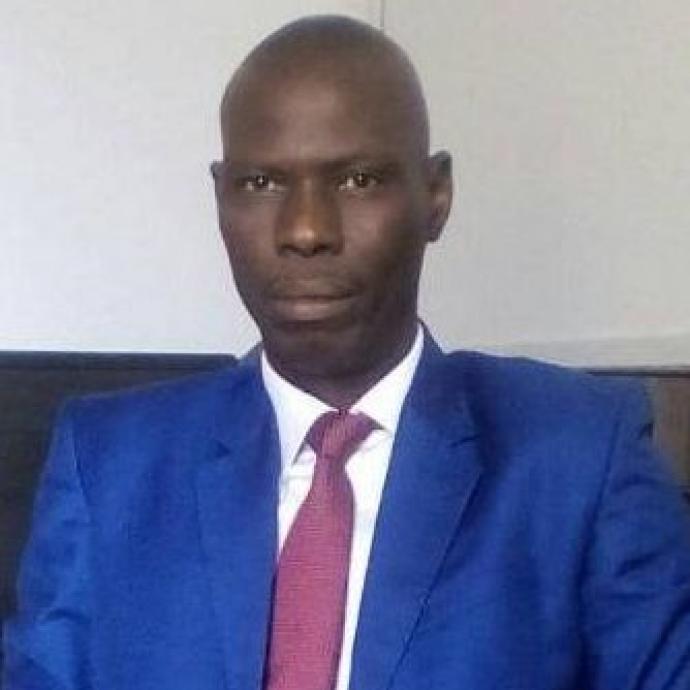 Mouhamed DIOP is the current parliamentary assistant of the Benno Bokk Yaakaar Group ("Together for One Hope", in Wolof - Senegal's national language) of the majority in power in the National Assembly of Senegal since 2012. He has a background in Business law, Business consulting, Marketing and Communication.

Mr. Diop holds a Diploma of Higher Specialized Studies (DESS) from the African Institute of Business Law earned after his Master's degree from the University of Dakar. His research focused on the crisis of the legal working hours in Senegalese law and the legal and fiscal aspects of e-commerce.

Mr. Diop's skills, together with his punctuality and his permanent concern for quality and deadlines made the current President of the parliamentary group of the majority group in the National Assembly to make him his personal assistant.

As a business lawyer he adapted quickly to the demands of the work of a parliamentary assistant. He runs the administration of the majority group and ensures its internal and external communication and coordination. He also acts as liaison between his parliamentary group and the local and international press.

Between 2010 and 2012, he was the administrative and financial director of "Cabinet de Convergence des Consultants". Prior to this between 2006 and 2010 he was the Marketing and Communication Manager of the Cabinet, in charge of defining the marketing plans, communications management and the follow-up of the related Cabinet functions. From 2002 to 2006 he was the Head of Studies, Technical Support and Communication of "Cabinet InfosActiv". Prior to that, from 2001 to 2002, he completed an internship at "Cabinet SENES Consulting", where he was in charge of legal affairs, negotiation and conclusion of contracts.