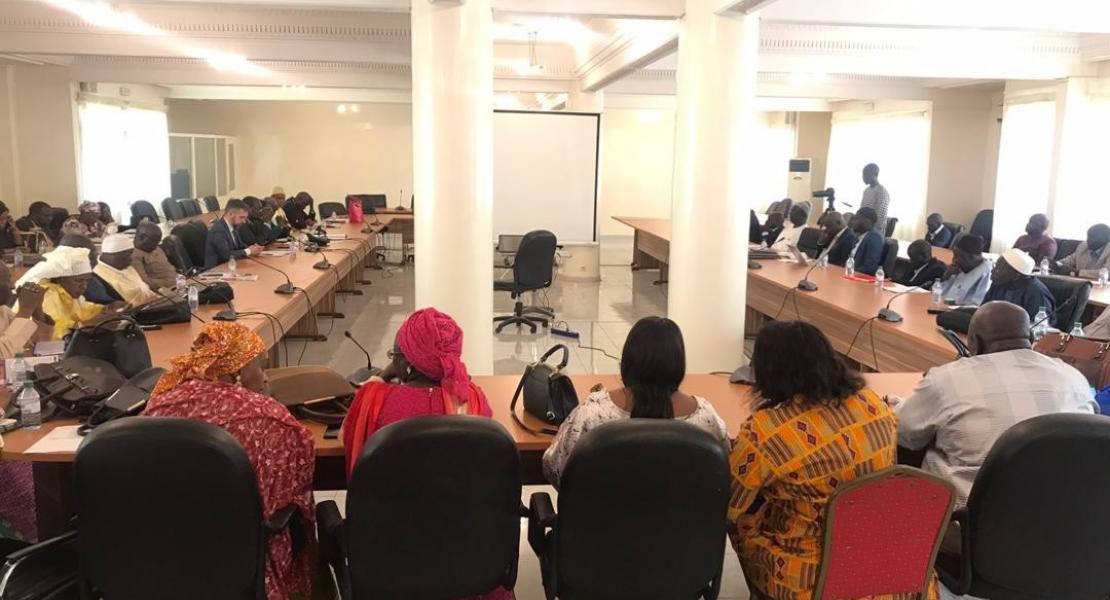 The launching ceremony of the project "GLOBE Legislators advancing REDD+ and Natural Capital Governance towards the Delivery of the 2030 Agenda" in Senegal took place at the National Assembly in Dakar on 12 February 2020.

The ceremony was presided over by Colonel Gogo Banel Ndiaye, Technical Advisor No. 1 to and representative of the Minister of Environment and Sustainable Development (MEDD), in the presence of Hon. Aymérou Gningue, President of the Benno Bokk Yaakar (BBY) majority parliamentary group and representing the President of the National Assembly, Mr. Rafael Jiménez-Aybar, Director of Programs at GLOBE International and Hon. Ibrahima Baba Sall, President of the GLOBE Senegal Chapter. 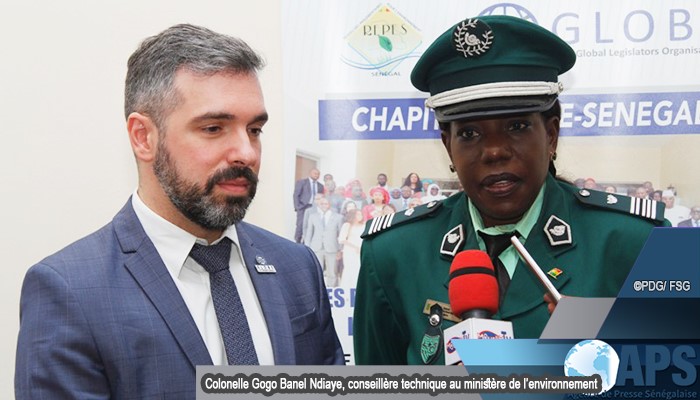 GLOBE Senegal President Ibrahima Baba Sall noted that this project is the result of the efforts of Senegalese parliamentarians in collaboration with the Ministry of Environment and Sustainable Development (MEDD), which had endorsed the proposal. He insisted on the fact that the project «is indeed part of the new policy defined by the Head of State, His Excellency Macky Sall in terms of environmental governance. Indeed, within the framework of the Emerging Senegal Plan (PSE by its acronym in French), parliamentary action has become a decisive lever in addressing the concerns of the population in terms of sustainable development». 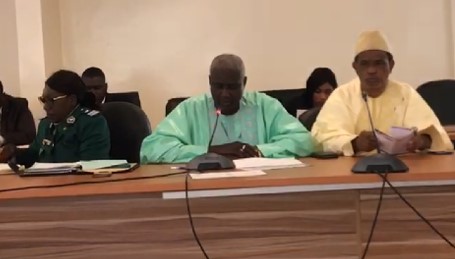 According to President Sall, the project satisfies an old grievance of Senegalese parliamentarians, who have often voiced their desire to being able to perform their scrutiny functions in a more independent fashion. «Above all, it is a fundamental achievement for the National Assembly in the light of its mission to evaluate public policies, particularly environmental policies». He praised the partnership between the parliamentarians and the MEDD, expressed his gratitude to all the organisations and people who have contributed to the success of the project preparation and thanked the efficiency with which the MEDD expedited the administrative Decision of the establishment of the project’s National Steering Committee.

Mr. Rafael Jiménez-Aybar, Director of Programmes at GLOBE International, pointed out that the project will contribute to the adoption of a legal framework for reducing emissions from deforestation and forest degradation, associated with sustainable forest management, conservation and enhancement of forest carbon stocks under REDD+, including the social and environmental safeguards of Cancun. "Senegal has advocated, including as the main voice of the African Group under the UNFCCC, for the development of market-based approaches under Article 6 of the Paris Agreement. In addition, it has consistently supported the Clean Development Mechanism of the Kyoto Protocol. This project will provide Senegal with a stronger legislative framework for engaging in the proposed forest carbon trading mechanisms, regardless of the outcome of the upcoming negotiations at COP26 on the operationalisation of Article 6". 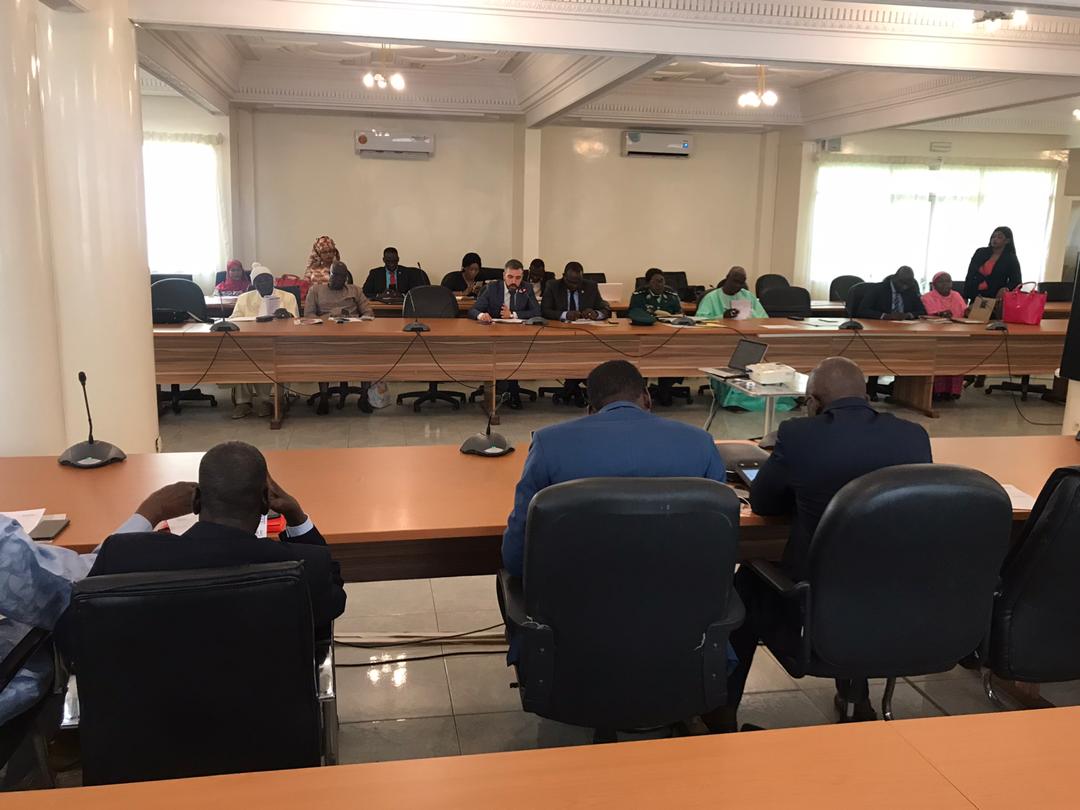 He noted that the project will also give momentum to the systematic implementation of environmental economic accounting under the SEEA 2012 as a public policy tool, and to facilitate the adoption of legal reforms conducive to the smooth implementation of the Great Green Wall (GGW) in order to address policy gaps and ensure the sustainable success and scaling up of GGW interventions, whilst building on the natural capital approach throughout the project in order to integrate climate, biodiversity and desertification objectives into public policies and help deliver the Sustainable Delevopment Goals, including food security.

Finally Mr. Jiménez-Aybar paid tribute to the former President of REPES, Mamadou Lamine Thiam for all his contribution to the project's implementation in Senegal, and thanked the local partners IUCN, ISRA, IPAR, CESE and ANSD, which have committed to work tirelessly for the success of the project.

Honorable Aymérou Gningue, representative of the President of the National Assembly, made a point of thanking the Minister of Environment and Sustainable Development for placing his confidence in the parliamentarians, whose engagement will be indispensable for the project to succeed. 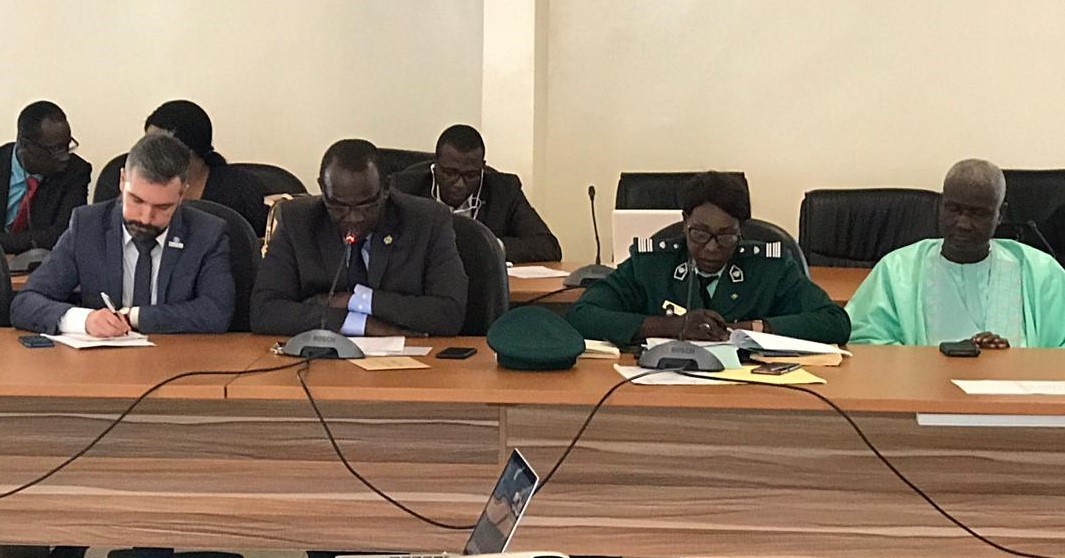 According to him, this partnership will allow to develop together several initiatives in a variety of strategic areas including the protection of biodiversity, the fight against soil degradation and the fight against climate change.

«The title of this project highlights the importance and relevance of the resilience of our forests to promote the well-being and reduce the vulnerability of rural populations to climate shocks.»

«Strengthening the legal and institutional framework of the environment sector is one of the major concerns of developing countries like Senegal.»

Also, Hon. Gningue noted that the requirements of innovative legislation adapted to the concerns of economic and social development of Senegal are in line with the challenges identified by Senegal’s Head of State, His Excellency Mr Macky Sall, in terms of natural resources management.

Hon. Gningue noted that the new environmental policy, as reflected in the Plan Sénégal Émergent (PSE), requires an improvement of the legal and regulatory environment at several levels: natural resources, environmental taxation, the marine and coastal environment, various types of pollution, etc. On this subject, he said that the project can establish several performations with the Senegalese Agency of Reforestation and the Great Green Wall that the President of the Republic has kindly created recently.

In conclusion, he expressed the gratitude of the President of the National Assembly to the MEDD for supporting the efforts of parliamentarians.

Colonel Gogo Banel Ndiaye, Technical Adviser No. 1 and representative of the Minister of the Environment and Sustainable Development (MEDD) said that she was very honoured to see Senegal being part of the project alongside Nigeria and the Democratic Republic of Congo, and welcomed the support of the technical partners for the implementation of the project. 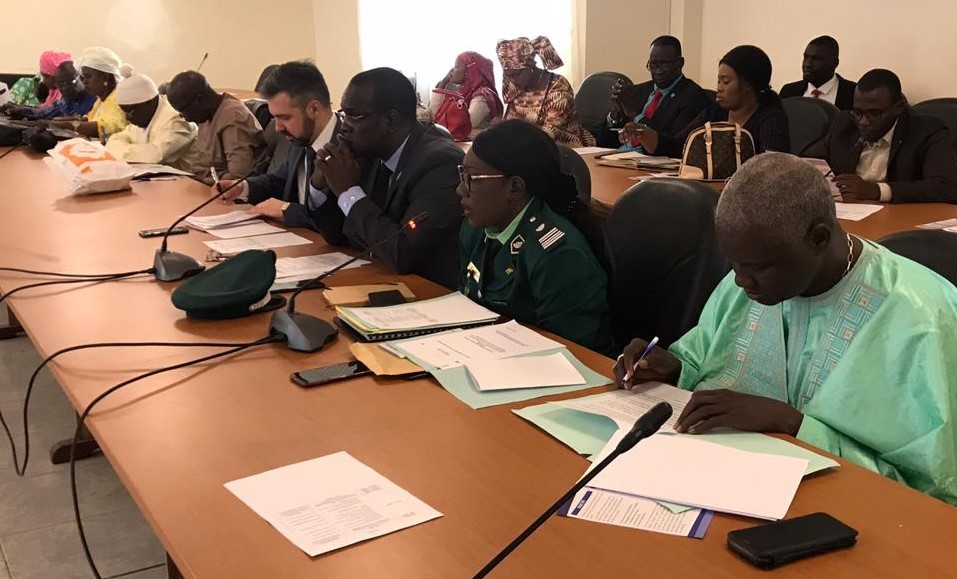 Ms. Ndiaye said that participation in the project was a proof of the determination of parliamentarians to advance this political programme. Also, she stressed that in order to achieve the project's objectives, "the option of making the Great Green Wall the engine of development to improve the living conditions of local communities was selected as a major theme. The sectors that make up natural capital, such as forests, mining resources, agriculture, water and biodiversity, are important levers for developing new strategies, i.e. to make the most of the new policy guidelines for territorial development and poverty reduction".

The representative of the MEDD recalled that the Emerging Senegal Plan (PSE) is the new framework for Senegal's major political orientations on the road to development by 2035. Senegal's ambition for the preservation of the environment within the framework of the PSE informs its strategic axis number 10, which consists in reducing the degradation of the environment, natural resources and the harmful effects of climate change. According to the representative of the MEDD, this strategic axis of the PES aims at strengthening the capacities of adaptation and mitigation of populations and ecosystems to the effects of climate change and strengthening the sustainable management of the environment and natural resources.

Before declaring the project launched, Colonel Ndiaye reiterated her thanks to the technical and financial partners and particularly to GLOBE International for its support, from the preparatory phase to the project kickoff.

The event in the media